The college is managed by the Jamiya Mannaniya Islamiya Charitable Society, a brain child of Dakshina Kerala Jamiyathul Ulama. The Jamiyathul Ulama was established in the year 1955. It was borne out of the strenuous efforts by a group far-sighted Ulamas who aimed to form an authentic association for Islamic Scholars in Southern Kerala. Since then it has been spearheading the renaissance movement of the Muslim community in particular and the people of the state in general. Its headquarters is situated in the historic town of Kollam.

The year 1986 was a turning point in the history of Dakshina Kerala Jamiyathul Ulama. It was in this year that Jamiyathul Ulama gave birth to Jamiya Mannaniya Islamiya Charitable Society with the objective of uplifting Muslims and other weaker sections of the society both educationally and socially. The Charitable Society has been in the forefront in helping the poor and the needy. It also lends an arm to orphans, widows and the underprivileged. To make this vision into a reality, the Jamia Mannaniya Islamiya Charitable Society has started a number of institutions in various parts of Southern Kerala with its headquarters at Varkala.

But the long cherished dream of the founding fathers of the Dakshina Kerala Jamiyathul Ulama and Mannaniya Charitable Society to enter into the main stream higher education sector of the State was realized only in 1995. The Mannaniya Society and its parent body Jamiyath became the first of its kind in India to establish an Arts & Science College, thus setting an example to the Islamic reform movement in India. The word Mannaniya is synonymous to the Almighty Allah and it denotes Kindness. By setting up the college at Pangode, an underdeveloped rural area inhabited mostly by the oppressed class who have been denied the right to education for generations, the Jamiyyath and Mannaniya Society has fulfilled its commitment to the weaker sections and realized the spirit of its nomenclature. 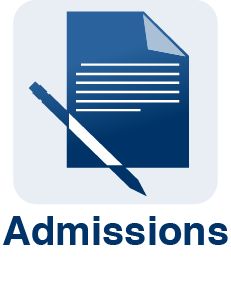